The Get to Know Me Tag - Writer's Edition

Savannah tagged me for this ages ago, and I've been dying to do it because it looked like so much fun! And - finally - I did! Ladies and gentlemen, this is the Get to Know Me Tag, Writer's Edition. 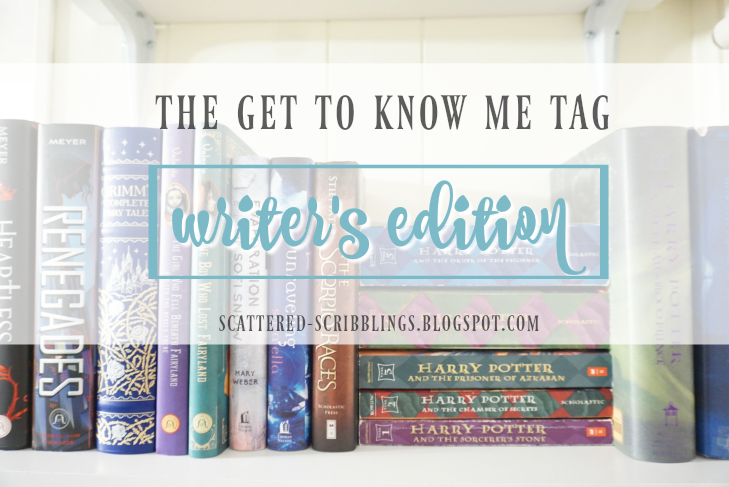 Savannah, thank you so much for this awesome tag - and to those of you who haven't seen her blog before, it is gorgeous and inspiring and you must go explore it.

link back to the person who created the tag (check!)
thank the person who tagged you (Said it already, but thank you Savannah!! check!)
share the tag graphic (check!)
tag eleven bloggers (erm . . . let's see about that)

(pen)Name: True. Sometimes I go by Vera, when I’m not 100% comfortable with using my real name, or when my real name isn’t an option (the joys and horror of having a word as a name - I love it, but some people or algorithms can’t recognize it as a name)
Nicknames: None? Most people call me True - I can’t really recall answering to much else.

Hair color and length: Brown and should length!! (I finally cut it after 2 1/2 years of not cutting it, and I am still excited about it.)

Braces/piercings/tattoos: Earrings, one in each ear. No inked art other than the ball-point pen I scribble on my hands or legs when I’m bored.

Ethnicity: Half fairy, half book dragon. Seriously, I’m half Japanese and half “American” (which I’ve traced back to England, Ireland, Scotland, Canada, Italy, Germany, and Scandinavia, to start).

First novel written: I was 10. It started from this long, made-up story that I was telling my younger sister and ended in this small white and red notebook, complete with maps and character sketches.

First novel completed: I was 11. It was my Nano for the year, and I finished the “last draft” in June. It was kind of a mixture of Magic Tree House and . . . general fantasy? Yeah, it was *heavily based* off of Magic Tree House, though I didn't realize it then. It was as cringe-worthy as it sounds.

Award for writing: First place and then tying for first in a minuscule one-minute one-act playwriting competition. Second place in a Cricket poetry contest when I was 12. A few other little things like that.

First publication: The first time I was published for something I had written was the poem for Cricket (see above). The first time I published something of my own was the first Nano novel that only got three drafts (but that was completely self-published and spur of the moment, and a story all on its own).

Conference: None - but I would love to try one sometime soon!

Query/Pitch: Ditto that - nothing yet.

Novel (that you wrote): My current 100 for 100 project, or the rough  draft that sparked it, probably. It's the one that I'm working on most, that I am most excited about. A fantasy, either YA or middle grade, that's kind of an Inkheart/Coraline feel to it.

Author: No. This question should be banned from existence because how could anyone ever choose a favorite author? I’ll compromise and give a few different authors who have inspired me. Gal Carson Levine. J.K. Rowling. Shannon Messenger. Patricia MacLachlan.

Writing Music: Usually instrumental, so something like The Piano Guys or some Celtic music. I've also enjoyed writing to soundtracks from movies such as Your Name and The Lord of the Rings or Harry Potter.

Time To Write: Anytime I can get to a paper, pen, or pencil, or computer. I’ve learned not to be that picky - but I think if I had a preference, I would choose early mornings or late evenings.

Writing Snack/Drink: I actually don’t often eat or drink when I’m writing - when I’m handwriting, it’s just that I normally don’t snack between meals. When I’m on a laptop it’s because I’m afraid of getting my fingers messy or don’t want to break the rhythm of typing.

Movie: I actually don't watch a ton of movies, but that doesn't make it easier for me to choose a favorite! Maybe Lord of the Rings, the first movie. And if we're talking Disney movies (like my sisters and I were talking about the other day), then Zootopia, which is adorable and I swear I could watch it a hundred times.

Writing Memory: Oooh, favorite writing memory. Hmm . . . telling stories to my younger sister late at night? We had “serials” that we would make up, that could continue for weeks. Whispering under the warm blankets in the darkness of our bedroom, and creating improbable but highly entertaining scenarios that included inside jokes that we still might reference from time to time.

Childhood Book: Depends on what point of childhood. One from my early childhood was Little Pea by Amy Krouse Rosenthal. A little older, and Little Hose on the Prairie by Laura Ingalls Wilder.

Reading: In between “main” books. I just finished Fangirl by Rainbow Rowell, and my family is going through Mrs. Frisbee and the Rats of NIMH together. 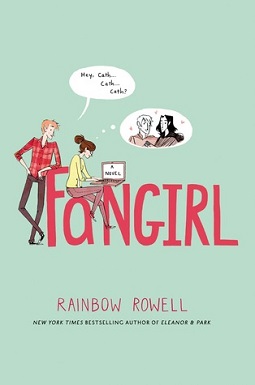 Writing: Summer is letting me spread my wings a little. I’m polishing a one-minute script for the small contest I mentioned above, as well as an entry for the Penprints Flash Fiction Dash (read: trimming words for the flash fiction dash). I’m also working on my 100for100 project, but have been sidetracked by another little plot bunny that won’t leave me alone (and who am I to refuse it?).

Listening to: This very second, I'm listening to "The Music of the Night" from Phantom of the Opera because I just discovered it and it's ben stuck in my head. In general, I'm mostly listening to various musical soundtracks again.

Watching: I think the last thing I watched was Tangled with my sisters the other day (I was slightly underwhelmed). And in the next few days, we’ll watch Moana for the first time, and The King’s Speech with all of my family.

Learning: So much about my own writing style and about scheduling and pacing. Also, in general, that I have to take action and work in order to make things happen - sitting passively won’t do me any favors.

Want To Be Published: Yes - eventually. Not right now, but I’m steadily working towards getting some of my WIPs ready for publication.

Indie or Traditional: Probably traditional - but I’m learning a lot about indie publishing that you wouldn’t know at first glance, and it’s not off the table yet. But for now, my main focus is the manuscript.


Wildest Goal: World-famous bestseller? Haha - a bit past the stars right there. But the wildest short-term goal would be to try editing or beta-ing some more and learn more about that.

And I'm going to cheat just a little and leave this tag open to anyone who wants to. Or anyone who can't chose a favorite author - consider yourself tagged. ;)

Who is your favorite author? What is your wildest goal? And what was your first novel (started or completed)?
By True Shaw at 2:00 PM

What do you think? I love to hear your thought and opinions, so feel free to drop a comment. I only ask that you keep it appropriate - anything vulgar or harmful will be removed. I do my best to reply to every comment, so make sure to check back! 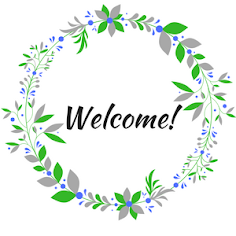 Hello! I'm True - resident reader, writer, and dreamer. I hope that you'll stick around and join me in my adventures!

Looking for Something Specific?